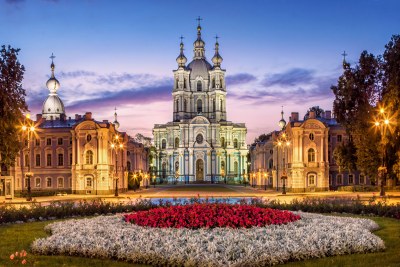 MA SES was launched at the Faculty of Sociology of St. Petersburg State University in 2004. More than 110 students have already graduated from the program.

Our interdisciplinary program is particularly attractive for those who are interested in the current development of the European countries, including the Europeanization of the politics, European market system transformation, changes in the social structures of the European states, cultural differentiation in Europe, etc.

Our students perform comparative research in various European regions and get successfully involved in the international professional academic networks.

The MA SES courses are fully taught in English. The program requires full-time attendance and lasts for two years. The curriculum includes more than 30 compulsory and elective courses devoted to the political, economic, social and cultural life of the European countries, also covering modern sociological theories, quantitative and qualitative research methodology and the basis of effective professional communication.

Founded in 1724 by Peter the Great, Saint Petersburg University was to become the first institution of higher education in Russia.

SPbU is a leading Russian university with teaching and research excellence ranked among the world’s top universities, opened to cooperation with the international research and academic community. SPbU scientists work in almost all fields of knowledge, providing expertise and consultation in close collaboration with Russian and international partners. Many outstanding scholars have been a part of the SPbU community, including nine Nobel Prize winners.