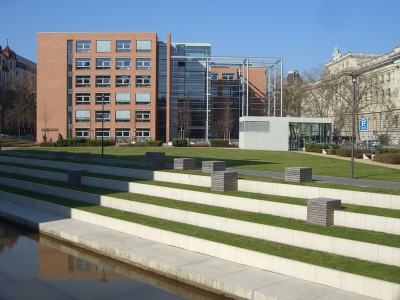 
Class size
Up to 20 students


Major recruiters of graduates of our programmes
The Master Programme „African Studies“ qualifies for a professional career in research, teaching, in state and non-state organizations, and in fields such as development, media, or tourism.


Admission requirements
See opposite / below

The Institute of African Studies is a multi-disciplinary institute offering cutting-edge research and teaching on Africa at B.A., M.A. and Ph.D. level. The institute’s approach is to look at a broad variety of issues and developments on the African continent, drawing on the manifold views and disciplines encompassed by the institute. It includes both African and external perceptions in a critical perspective that questions established categories. Three thematic fields are at the core of our teaching and research: Study Programme

First year:
In the first (winter) semester, students study one compulsory and 2 out of 7 elective modules (10 ECTS each): Africa: Knowledge, Belief and Representations (compulsory); Society and Politics in Africa; International Studies; Regions of Africa I; East African Studies I; West African Studies I; Hausa I; Swahili I. In the second (summer) semester, students can select 4 out of 6 elective modules with 5 ECTS each: Advanced African Studies I-VI, including, for instance “Peace and Security in Africa”, “Debates in African History”, “Interdisciplinary Perspectives on language and media practices”. In addition, they select one out of 5 elective modules with 10 ECTS each, including modules on East and West Africa, Hausa II and Swahili II.

Second year:
In the winter semester students spend a semester in Africa. They can select one of three modules (30 ECTS each): Study abroad (e.g. at one of our partner universities), internship, or research project. In the summer semester, students prepare for their Master’s thesis. They participate in the module Advanced African Studies VII (10 ECTS) that consists of a Master seminar and the Institute seminar, and write their Master Thesis (20 ECTS).

The institute has an active student life with students’ representatives in administrative bodies and an informal student’s group (Afrikaforum) that organizes events such as discussions, film evenings, and parties. There is also a choir for African music ‘Jabulani’.

• A copy of your first degree, including official certificates and transcripts of all previous university studies. The transcripts must include 30 ECTS in Africa-related modules or an equivalent (e.g. internships in Africa).
• Language requirements: a) English and French or b) English and another official language of the African Union (Arab, Portuguese, Spanish, Swahili) for written and oral communication (first language: level B2, second language: level B1 according to UNIcert®).
• A letter of motivation in which you explain why you are interested in this particular Master programme.
• A curriculum vitae in English, a photocopy of passport or ID and an e-mail contact address.

The university is based in the city of Leipzig (c. 500 000 inhabitants) in eastern Germany and is one of the oldest universities on the European continent (founded in 1409). Leipzig is a modern university city with more than 50,000 students, a vintage Old Town and affordable housing.

The city offers a rich cultural life with a tradition of classical music and thriving modern arts. Leipzig is only one hour away from places like Berlin, Dresden and Weimar, and three to four hours from Frankfurt/Main or Prague.